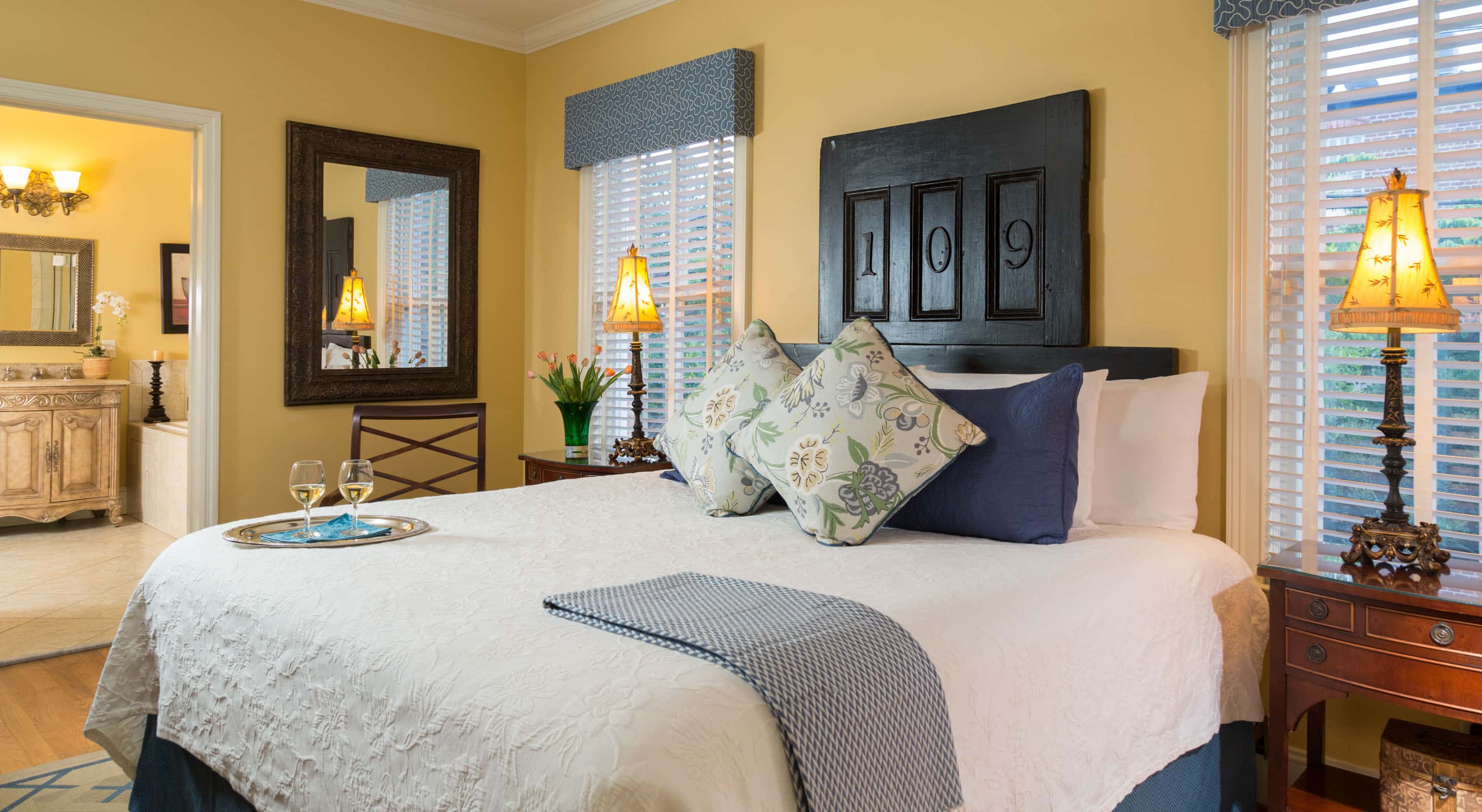 Embark on Georgia’s historic river city on foot. We have the three best Savannah walking tours allowing you to see the city up close and personal. Savannah is filled with a rich history, pristine parks, and five-star shopping, and our treks will take you past it all.

Lace-up With These Savannah Walking Tours

If you’ve visited Savannah, you know that the downtown streets are painted with lush, four-sided gardens. Navigate the streets with our guide to the best squares in the city.

Madison Square is located just north of the inn. It’s marked by a 15-foot monument of Sergeant William Jasper, a hero of the Revolutionary War. The square, like much of the town, is draped in live oaks and Spanish moss.

If you’re cooling off with a nighttime walking tour, be on the lookout for ghosts from the Battle of Savannah. It’s rumored that Madison square is home to a mass grave site from the Civil War. 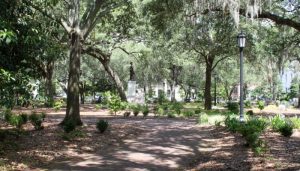 Chippewa Square, made popular by the blockbuster hit “Forrest Gump,” is one of Savannah’s most notable squares. Its central location makes it the perfect stop during a humid South Georgia day. The square’s focal point is a nine-foot statue of General James Oglethorpe, Georgia’s forefather. The square is home to some of the city’s oldest buildings such as Savannah Theatre, First Baptist Church, and Eastman-Stoddard House.

If you keep heading towards the water you’ll run into Oglethorpe Square. The park is lined with a red brick path and from its benches, you can hear the sounds of bustling East Bay Street. The square was originally known as Upper New Square, but was later renamed for General James Oglethorpe.

Reynolds Square is the best place to pause for a break before embarking on your Downtown Savannah foot trail. The square is encompassed by so many of Savannah’s top attractions from Lucas Theatre to the Old City Exchange Bell. Grab a scoop from Leopold’s Ice Cream Parlor and find a soft, grassy spot underneath the oak trees.

Curb the burning hole in your pocket with a tour of Savannah’s best boutiques and antique shops. Stroll through the cobblestone paths of iconic River Street and find that perfect something to commemorate your trip. Travel north of West Bay to Savannah’s open-air City Market and chat with some of the town’s landmark vendors.

Just a stone’s throw from the market is Broughton Street. Visit Paris Market for unique treasures from around the globe and stop into Savannah Bee Company to sample local honey. Lastly, locate the closest gift shop on the adjacent Bull Street. Some of our favorites include Folklorico and The Book Lady.

As you pursue the streets of Savannah, you’ll notice the city’s collection of historic architecture. Take a self-guided walking tour to learn more about the past behind these memorable homes.

Located just a block from The Inn on West Liberty, is the Sorrel Weed House. The house was the childhood home of Confederate General Moxley Sorrel. It’s believed to be one of the most haunted in Savannah. The home is unique to the area because of its massive, Greek architectural-style. 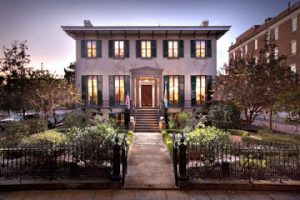 The Andrew Low House is kindly regarded as the birthplace of Girl Scouts of America. However, the history of the home dates far past Juliette Low’s time and into an era of wealth and tragedy. Discover the story behind the Andrew Low House while you’re taking a Savannah Historic Home Tour!

It’s no wonder where Southern author Flannery O’Connor drew her inspiration from. The four-story Charlton Street home offers daily tours for guests to immerse themselves in early 20th-century southern life. 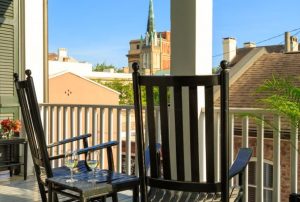 Rest Your Feet at The Inn on West Liberty

After your Savannah walking tour, book a stay in the pet-friendly Wright Square room. The king size bed and fan-cooled balcony provide the perfect spot for you (and Fido) to unwind from a long day of exploring Savannah. The room also features a marble fireplace, the original front door of the building which serves as the headboard, and a writing desk for journaling everything you don’t want to forget during your trip. Start planning your trip to the heart of our historic city today!

We Have Now Reopened!

We are so excited to welcome you back to Savannah for a safe, private, and relaxing getaway! We have made some important changes including enhanced cleaning procedures, new dining options, flexible policies, and more! We hope to see you soon.

Your Innkeepers,
Patty and Suzy