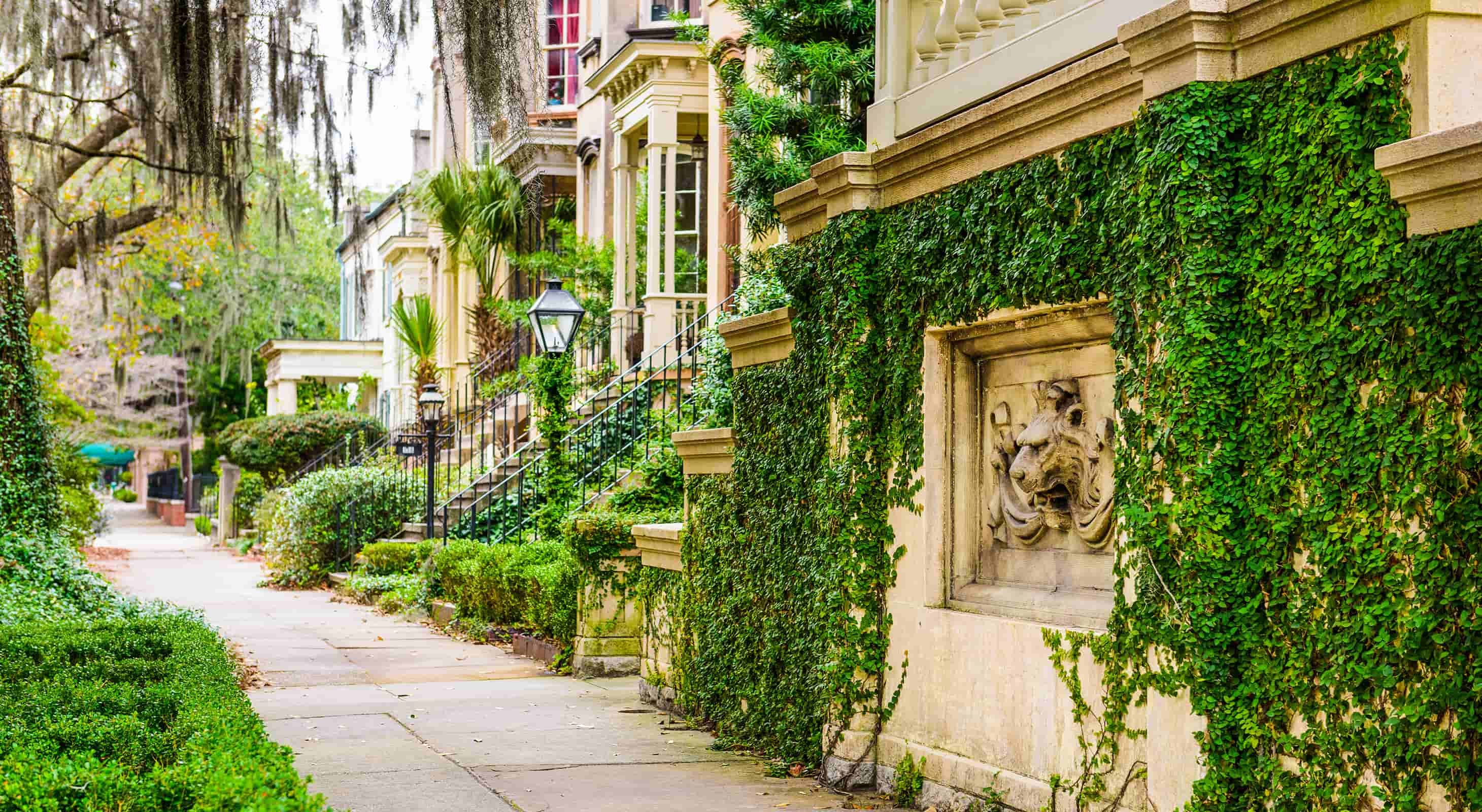 Savannah is home to so many historic homes that it can be hard to know where to start when you’re planning your visit. Below are some notable, not to-miss locations and a brief history of each. All of these historic homes are within a half mile from the inn, so exploring them is easy, as long as you bring good walking shoes! Read on to begin the ultimate Savannah historic home tour! 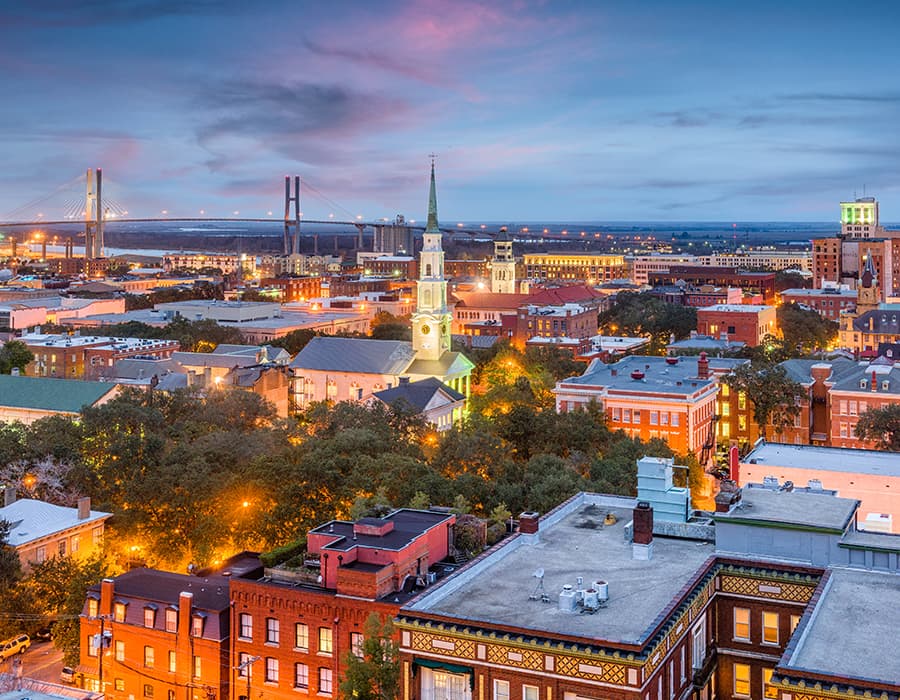 The Andrew Low House is named after Andrew Low II, its original owner, who came to this country at the age of seventeen as a Scottish immigrant. This house museum gives visitors a view of domestic life in the 1850’s thriving seaport of Savannah. The house was home to the Low family and the enslaved men and women who lived here and helped run the household. Juliette Gordon Low, daughter-in-law of Andrew Low, lived here during the time she founded what became the Girl Scouts of the U.S.A. Tour the Andrew Low House.

The Juliette Gordon Low Birthplace house is where Juliette “Daisy” Gordon Low, the woman who had the fire, spirit and determination to start the Girl Scouts, was born. She organized the first Girl Scout troop in Savannah, Georgia on March 12, 1912. This unique house museum is owned and operated by Girl Scouts of the USA, after they led a major fundraising effort and made it their mission to save it from the threat of demolition and restore it in 1953. This provides opportunities for girls to play, work and think together, and talk about their dreams and ambitions. Tour the Juliette Gordon Low Birthplace. 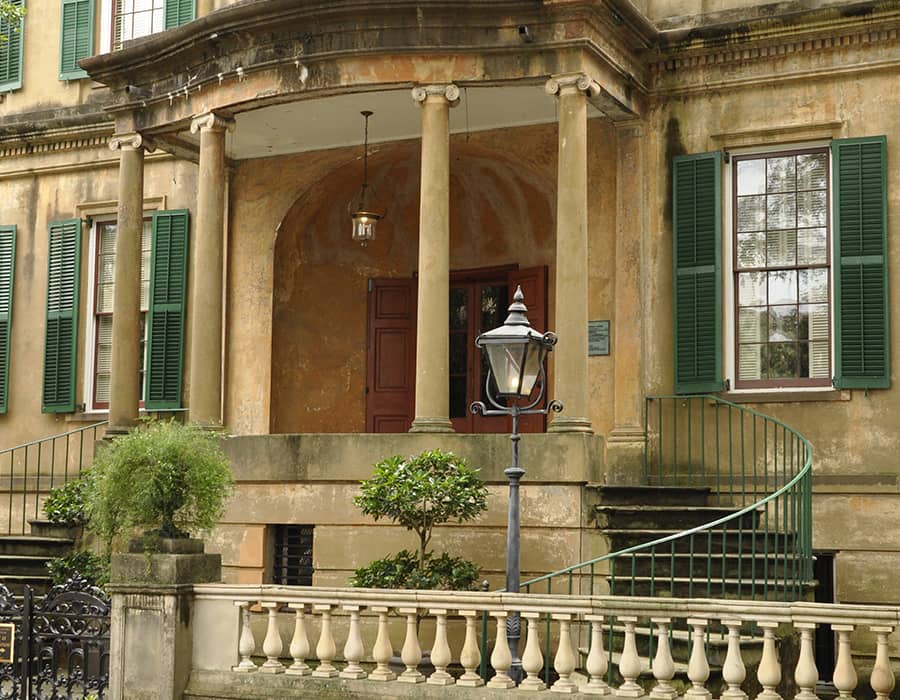 The Owens-Thomas House was designed by English architect William Jay and built for Richard Richardson and his wife, Frances as a beautiful Regency-style mansion in 1819, along with gardens, carriage house, and slave quarters. The prosperity of the family dwindled over time, and George Welshman Owens, mayor of Savannah at the time, purchased the property at auction for $10,000 in 1830. Margaret Gray Thomas, George Owens’ granddaughter, was the last Owens descendent to live in the home. She willed the house to the Telfair Academy of Arts and Sciences in 1951 to be used as a museum, and the site was opened to the public in 1954.

This house is unique in that it allows visitors to learn about the complicated relationships between the most and least powerful people in the city of Savannah in the early 19th century because of the painstakingly preserved urban slave quarters. Explore period rooms featuring exquisite decorative arts, interactive exhibits for all ages, and historic spaces, all while learning about the free and enslaved people who lived and worked on the site 200 years ago. Tour the Owens-Thomas House. You can also take a short walk to Telfair Museums’ other two sites, Jepson Center and Telfair Academy. Innkeeper Tip: Book our 3+ night History Hopper Special to enjoy discounted 2-day “Hop On Hop Off” Trolley Tour tickets and passes to experience all three Telfair Museums. 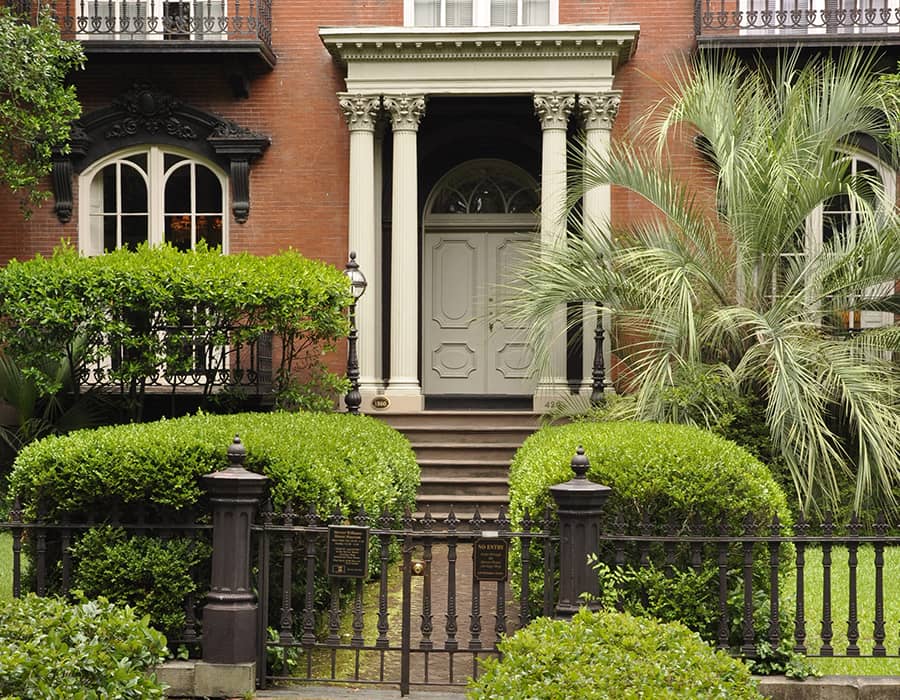 Designed for General Hugh W. Mercer (great-grandfather of songwriter Johnny Mercer) by New York architect John S. Norris, construction on the Mercer House began in 1860. The Civil War interrupted the process, so the house wasn’t completed until 1868. Although in Savannah the majority of historic homes use the name of the home’s original family, it was immediately sold to John R. Wilder, so no Mercer ever lived there. The house and carriage house are both constructed with deep rose-colored bricks called ‘Philadelphia Reds’, and the architecture showcases examples of Renaissance Revival, Greek and Italianate elements. The mouldings, windows, doorways, hand-railings, interior shutters, flooring and interior dome with stained glass are all original. In 1969, the house was lovingly restored by James A. Williams, one of Savannah’s earliest and most dedicated private preservationists, and is decorated with pieces from Mr. Williams’ private collection. This home is also said to be haunted. Tour the Mercer House. 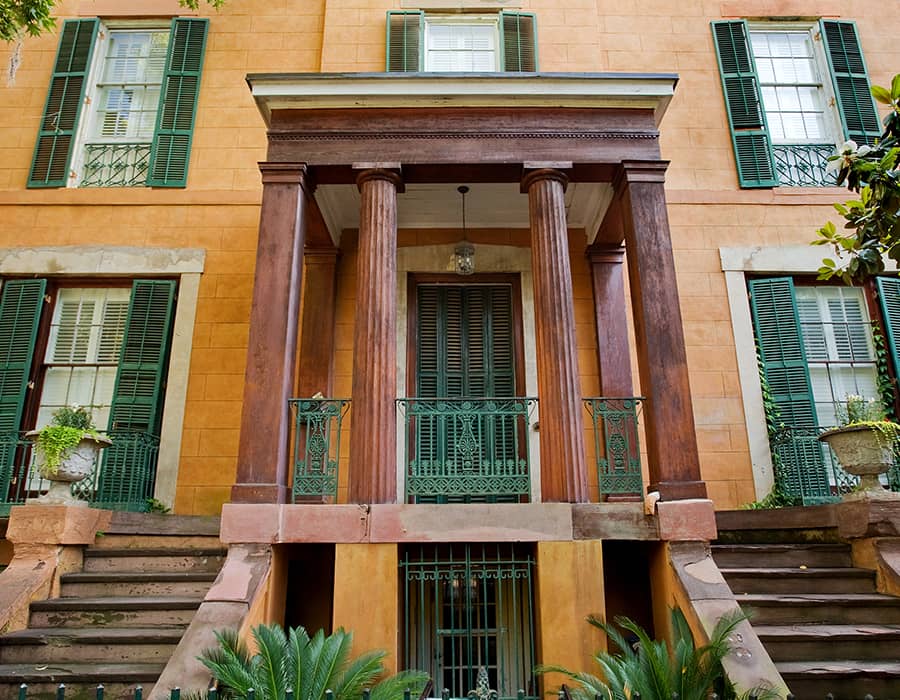 This grand Savannah home has been featured on HGTV and described as “must see” by the Colonial Williamsburg Foundation. This stunning example of the Antebellum South was built by Charles Clusky in the 1830s for the wealthy French Haitian merchant Francis Sorrel, who threw many parties and hosted well-known guests such as Robert E. Lee. This was the first home in the State of Georgia to be designated a state landmark. If you’re looking for an out of the ordinary experience, you may be interested to know that this house is also said to be one of the most actively haunted locations in the country. Take a history and architecture tour, go on a ghost tour, or even participate in a paranormal investigation! 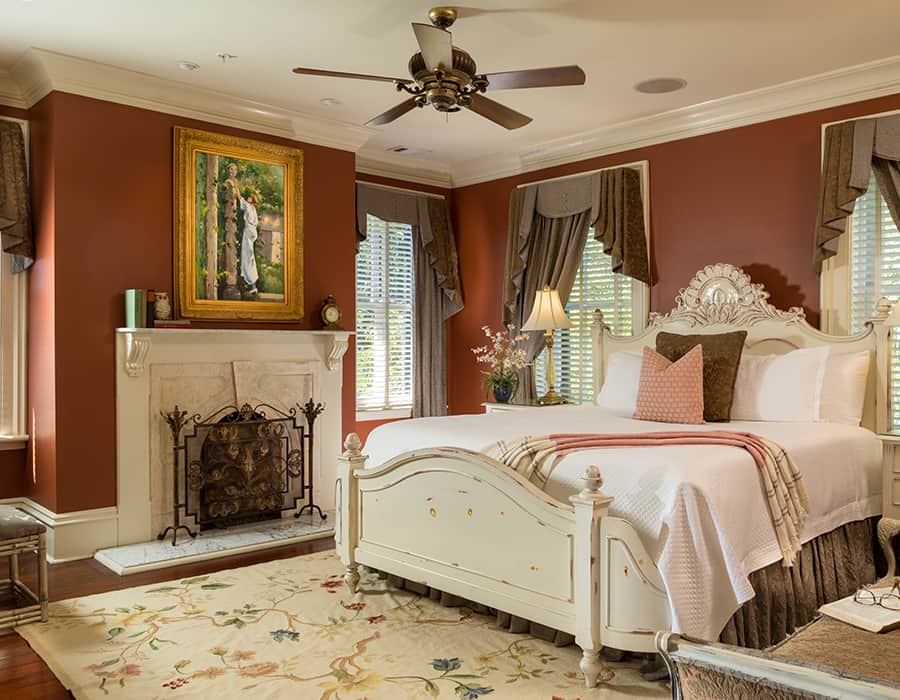 The Inn on West Liberty is a historic home in its own right. It was built in 1871 and designed by architect John B. Hogg, who designed the Trinity Methodist Church on Telfair Square. This beautiful 9-bedroom Italianate style home has been a part of Savannah’s Historic Landmark District for over 100 years. It was originally a private residence, but was converted to law offices, then purchased in 2004 by a local entrepreneur who restored it back to its original beauty. In 2018, Patty and Suzy Homer purchased the home and made it one of Savannah’s historic inns that greets and serves guests with gracious hospitality.

After touring all the other historic homes your heart desires, come back to your charming room at our Savannah, GA bed and breakfast. Wake up to a mouthwatering southern-style breakfast and get ready to tour some more!